What is the best method to prepare a sample for EBSD? [Application Note]

Although EBSD (Electron Backscatter Diffraction) as a technique to study the crystalline structure of materials has been around for a while now, its popularity has grown of late due to increased computing power and better, faster, more sensitive detectors.

EBSD requires a highly polished, flat surface to be able to get the best results. The two most common ways to polish a sample for EBSD are vibratory polishing and ion milling.

In vibratory polishing, the sample, often mounted in an epoxy “puck”, is delicately polished by the horizontal motion created by the polisher. The vibratory action produces a very flat surface with minimal surface deformation in comparison to a purely mechanical polish from a polishing wheel.

Vibratory polishers are affordable and relatively easy to set up and master.

However, vibratory polishers do not work very well with very small samples that cannot be mounted in pucks. They also require the use of a polishing solution, so are not best if the sample is sensitive to water or oils.

In ion milling, the sample is bombarded with ions to remove the top surface of the sample revealing an undamaged area that is clean at the atomic level. Ion milling works under a vacuum which keeps the sample clean.

Which method is better?

Unfortunately, we cannot tell you which method is better.

Our lab uses both methods, depending on the material to be analyzed, the size of the sample, and how it is mounted. We find both methods are complementary in a service lab like ours where samples are so varied.

However, in an environment with minimal variability, you can develop standard processes with a specific polishing tool that makes the most economic sense while providing excellent results.

This example in this application is a steel sample milled on the Leica EM TIC3X ion mill using the cross-sectioning stage. The Leica EM TXP targeting tool was used for sample trimming and polishing down to a 9um, diamond lap. This sample was not mounted in an epoxy puck but mounted directly on an SEM stub.

There is some topography on the sample that is localized away from the edge of the sample. This is due to the “slope” that builds up in the slope cutting technique as the material is displaced from the sample. Despite this topography, EBSD data was successfully collected.

Next, two EBSD maps were created for this sample. The first is shown in Figure 2. The left image in Figure 2 shows a nicely polished region in the steel that is nearly free of topography, and the grain structure is visible.

The corresponding EBSD map shows clearly defined grains in this region. One of the diffraction patterns is also shown and indexed in Figure 2.

The EBSD system used for this work was set to collect data quickly over a relatively large area. Therefore, individual patterns at each point in the image were collected with relatively low resolution. However, the confidence index for this scan is quite high.

Figure 3: SEM image and EBSD map of the steel sample over a larger area

Figure 3 shows an SEM image and corresponding EBSD map for the sample near the first map, however, this data covers a much larger area of the sample.

Again, the SEM image shows a region with a very good quality mill that is free of topography. The EBSD shows very clearly defined grains in the steel. Due to the large area, the image does begin to go out of focus on the right side, which explains the blurry appearance on the right side of the image. However, analysis software returned acceptable confidence indices for the patterns obtained to generate this map.

If you have questions or need assistance with your sample preparation process, please use the form on this page to contact us. Or, give us a call at (408) 436-6336.

"...outstanding expertise in sample preparation and quality imaging along with fast turnaround has helped us to speed up our development efforts."
The JH team is always available for quality support when needed. It has been a very positive and refreshing experience."
Previous
Next

JH Analytical provides insight into using vacuum coating in sample preparation and EDS analysis. Read our latest article to find out why! 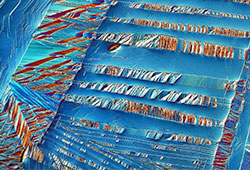 The Beauty of Metallography

JH Analytical celebrates the art of Metallography and the coexistence of science and art. 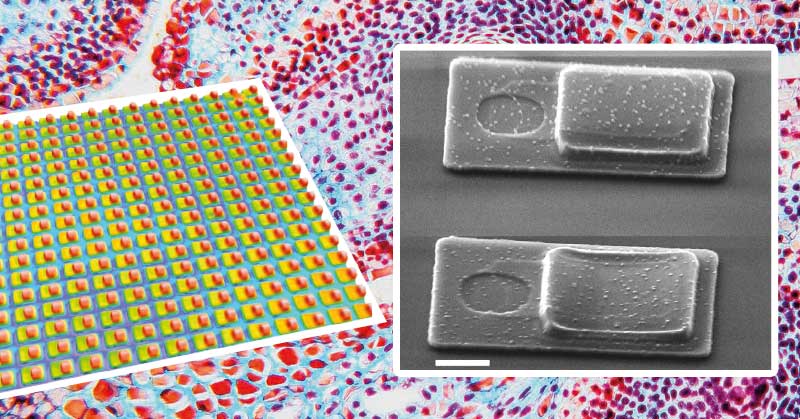 Characterization of Micro-channels Fabricated with Laser for Microfluidic Applications

This case study explains measuring membrane deflection for biological sensors in a non-destructive way using an optical profiler vs. SEM. 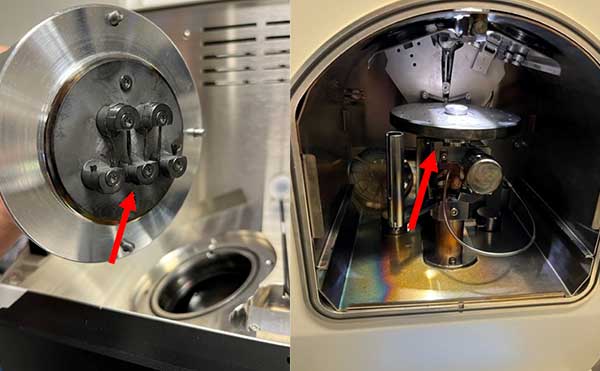